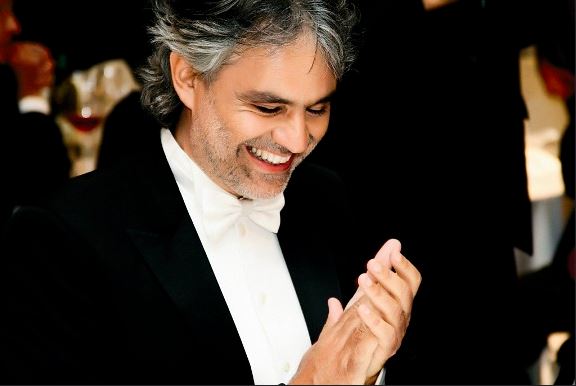 World renowned opera singer Andrea Bocelli announced that he will release a new album based on faith, hope and love.

The Italian tenor said “Believe” is an album based on theological virtues and will be launched on November 13, reports the Catholic News Agency.

“The concept behind ‘Believe’ is based on three words: faith, hope and charity,” Bocelli said in a release. “These are the three theological virtues of Christianity, yet – quite independently of any religious belief – they are also the three extraordinary keys to giving meaning and completeness to the lives of every one of us.”

The concept behind ‘Believe’ is based on three words: faith, hope and charity. —Andrea Bocelli, Italian tenor

Joining him on the record is 27-time Grammy Award winner Alison Krauss. Together, they created a beautiful and powerful rendition of ‘Amazing Grace.’ On performing a duet with Bocelli, Krauss commented, “What an amazing experience! Fantastically terrifying!”

“Believe” is a collection of uplifting and inspiring songs handpicked by Bocelli. He shared that some of the songs in the album, such as ‘Mira il tuo popolo,’ are reminiscent of his time as a young child living in Tuscany. “They represent the soundtrack to my childhood memories,” he said.

The famed singer composed renditions of ‘Ave Maria’ and ‘Padre Nostro’ for the album. “I don’t consider myself to be a composer, however, I am a musician, and sometimes melodies come to my mind, with essentially complete harmonies…Music that knocks on the door of my soul and which I gladly welcome and then set free by putting pen to paper.”

The album follows Bocelli’s successful online Easter concert, Music for Hope. More than 28 million people watched the live streaming of his performance at the historic Duomo cathedral in Milan. “I believe in the strength of praying together; I believe in the Christian Easter, a universal symbol of rebirth that everyone – whether they are believers or not – truly needs right now,” he said.

Interview with Actor Cole Marcus from Hit Film ‘I Can Only...

North Point InsideOut Elevates to Next Level as Nationally-Renowned Band