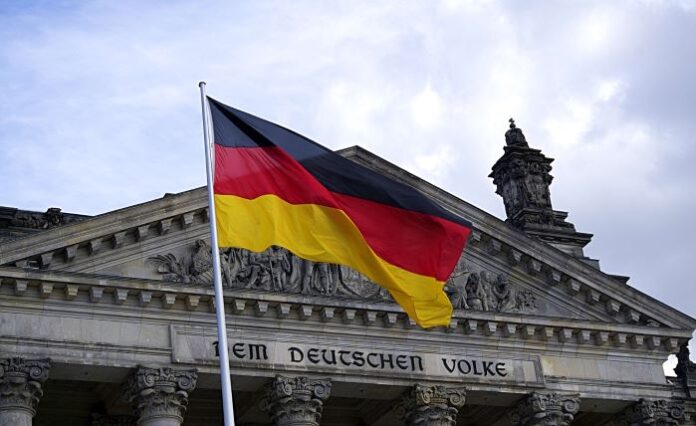 What was thought to be a dream would now turn into reality when three religions share one building to worship in Germany.

The House of One will bring Christians, Muslims and Jews under one roof. The $57m building will be constructed in Berlin where there will be a church, mosque and a synagogue with a meeting place at the center linking the three houses of worship, reports The Guardian.

Roland Stolte, a Christian theologian who helped start the project, said, “We wanted to build a house of prayer and learning, where these three religions could co-exist while each retaining their own identity.”

Rabbi Andreas Nachama, explained that, “There are many different ways to God, and each is a good way. In the House of One, Christians, Muslims and Jews would worship separately, but would visit each other for religious holidays, commemorations and celebrations.”

We wanted to build a house of prayer and learning, where these three religions could co-exist while each retaining their own identity. —Roland Stolte, Christian theologian

House of One, dubbed as the world’s first ‘churmosqagogue,’ will break ground on May 27th, after 10 years of planning. It will be built in Petriplatz, in the heart of Berlin. The location is highly significant since it is the site where the first church in Berlin was built, St. Petri’s Church. The church was heavily damaged during World War II and demolished in 1964 by East German authorities.

The idea for House of One came to Protestant pastor Gregor Hohberg after the discovery of the ruins of St. Petri Church, reports Sight Magazine. To honor the history of Petriplatz, he thought of building a church that reflects what Berlin is now. “It had to be something that spoke to Berlin, to our world today.”

Hohberg sought out Jewish and Muslim partners—Rabbi Tovia Ben-Chorin, later replaced by Rabbi Andreas Nachama, and Imam Kadir Sanci, of the Forum for Intercultural Dialogue. The three faith leaders began to get to know one another, to plan the faith center and they started to raise funds.

“The focus was on togetherness, spending time together, learning together and cooperating on a major construction project,” the imam said.

The pastor pointed out that each faith will keep its identity despite sharing one building. “Under one roof: one synagogue, one mosque, one church. We want to use these rooms for our own traditions and prayers. And together we want to use the room in the middle for dialogue and discussion and also for people without faith.”

Faith communities and the public have given their support to House of One. Although, Stolte disclosed that at the beginning of the project, there were concerns that the team was mixing different religions or creating a new one.

“East Berlin is a very secular place. Religious institutions have to find new language and ways to be relevant, and to make connections,” he said.

National Joyce Dimaculangan - August 15, 2021
According to a new report by the American Bible Society (ABS), the Gen Z population in the U.S. shows significant openness to Scripture.

Palestine to Limit Christmas Celebrations Due to Covid-19