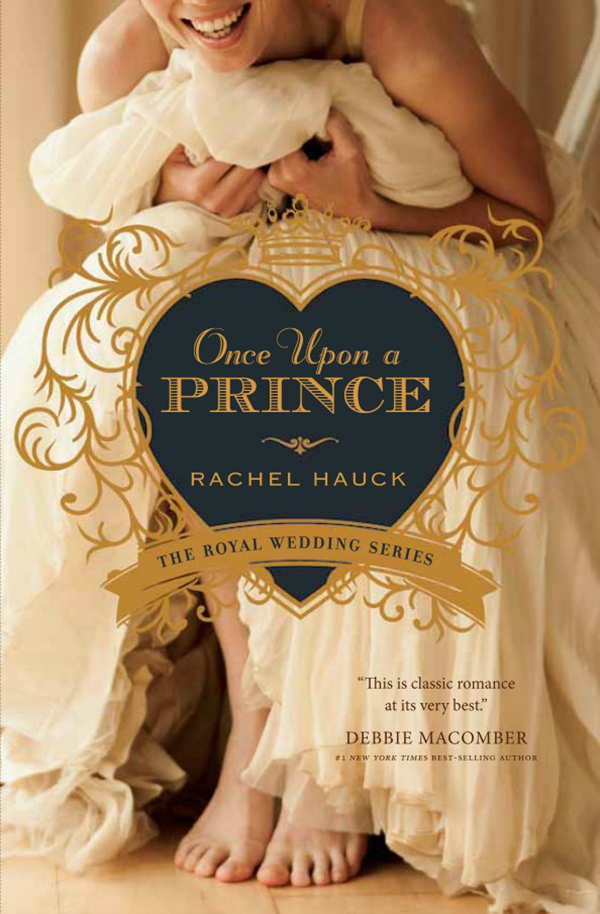 Who doesn’t love a royal wedding? And in just a little over a month, we will get to witness Prince Harry marry Meghan Markle. But before that, we can enjoy a fairytale worthy romance story on the Hallmark Channel.

The movie is adapted from a book by the same name by New York Times Best Selling Author, Rachel Hauck.

This Saturday, April 7th, the movie Once Upon a Prince will debut. The movie is adapted from a book by the same name by New York Times Best Selling Author and fellow Floridian Rachel Hauck. It tells the story of a Coastal Georgia girl meeting and falling in love with a prince. What I really loved about the book was that it is set on St. Simons Island, Georgia, which is my hometown. Unfortunately, I’ve never seen a prince on the Island, but maybe they are in hiding like the prince in the movie. I’ll have to keep an eye out.

Recently, I had the chance to interview Rachel for a little insight into the writing of the book and the making of the movie. A few years ago, when Prince William married Catherine Middleton, like millions of people Rachel got up early and watched the ceremony. This celebration sparked the idea for the story. Unfortunately, this year when Prince Harry marries Meghan Markle, Rachel will be on an airplane heading home from a readers’ conference, but she plans to record the royal wedding. She says, “I can’t miss a royal wedding where a real American marries a British Prince.”

I’m sure all of us will want to catch a little of the fanfare. When asked why she thinks people are captivated by Royals, Rachel commented that she thinks it has a lot to do with the rarity of royal families, especially in the English-speaking world. Not to mention that royalty is at the heart of every favorite romantic fairytale we hear as children. If she were a royal, she’d “love the philanthropy and ability to have a world voice. But [she’d] hate the constant public attention and scrutiny.”

In Once Upon a Prince, Prince Nathanial is from the Brighton Kingdom which Rachel created for the book. She says that “creating a country required a lot of research. She read a book about the three cousins, King George V, Tsar Nicholas II, and Kaiser Wilhelm II.” She also “studied various royal traditions, terms, structures, names, and symbols to create the House of Stratton” which is Prince Nathanial’s family. Finding Queen Elizabeth II’s coronation script online, certainly helped with the authenticity of Prince Nathanial’s coronation.

The story includes an entail between the two island nations of Brighton and Hessenberg, which Rachel modeled after the ninety-nine year relationship between Hong Kong and Great Britain. It took both “research and imagination” to form a realistic Brighton Kingdom. And Rachel does a masterful job. I found myself wanting to visit this beautiful place.

If she were a royal, Rachel Hauck told Bold City Voice,  she would“love the philanthropy and ability to have a world voice,” but added that she would hate the constant public attention and scrutiny.”

As we all know, movies are never exactly like the book. Although another writer adapted the book for the screenplay, Rachel “was overwhelmed to see the story come to life.” Watching how the book that she pulled from her heart and mind came to life by real actors, speaking lines with background music in an authentic setting was amazing. Although she hasn’t seen the whole movie, she and her husband are extras in the ballroom scene, so be sure to keep an eye out for them.

Rachel does a beautiful job describing the setting in the book. The producers chose Greater Victoria, British Columbia in Canada to film the entire movie. Although you probably won’t think of them while watching this sweet romance, both Deadpool and X-men were also shot in Victoria. For the St. Simons Island scenes, they used a sandy coastal section on the southern tip, and with a moderate climate, the only thing missing is a few palm trees.

When the story moves to Brighton and the palace, the filmmakers employed the grand ballroom of the government house. Victoria even has its own castle, Hatley Castle.
I highly recommend Rachel Hauck’s books, and I hope you’ll check out both the movie and her books.

Although there are no plans for other movies, to have Once upon a Prince made into a movie feels like a dream to Rachel. She’s still saying, “Someone pinch me!”