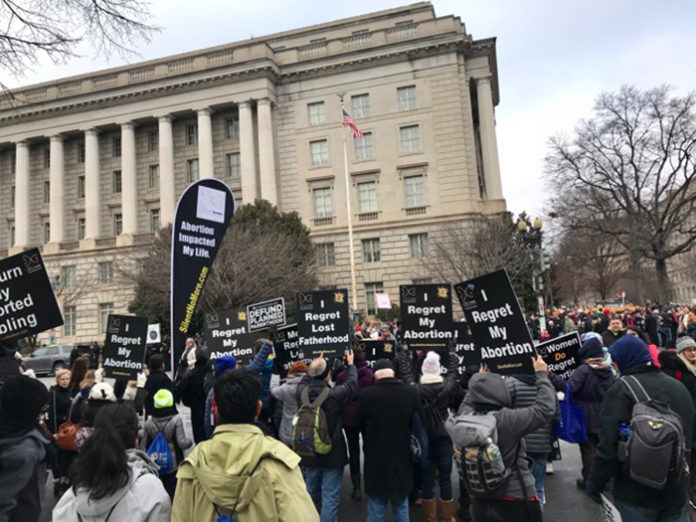 Videos of students from Covington Catholic High School in Kentucky went viral on social media over the weekend as they seemed to mock a Native American elder as well as the participants of the Indigenous Peoples March in Washington, DC held last Friday.

In the videos, some of the students, who are wearing Make America Great Again gear, shout and jump as Native American marchers play music. One of the boys stands in front of Nathan Phillips, the Omaha tribe elder who sings and plays the drum. A Vietnam veteran and former director of the Native Youth Alliance, Phillips is a “keeper of a sacred pipe.”

The student featured in the Twitter video, Nick Sandmann, denies Phillips’ allegations and released a statement to the press.

In another interview, Phillips said, “When I was there singing, I heard them saying, ‘Build that wall! Build that wall!'” However, this allegation is not confirmed by the four-minute Twitter video. The student featured in the Twitter video, Nick Sandmann, denies Phillips’ allegations and released a statement to the press which may be read at this link: Nick Sandmann statement. Sandmann has received death threats, and Lexington’s Miranda Combs of CBS’ WKYT television presents his side of the story. View WKYT video.

The boys claimed that they were just showing enthusiasm, and Phillips was the interloper. Phillips admitted approaching the students when he saw that they were about to have a confrontation with another group of protesters associated with the Black Hebrew Israelite movement. When Phillips saw that the group was taunting the students, he approached them and started playing his drum. He said seeing his country being torn apart prompted him to stand between the groups. “I couldn’t stand by and let that happen,” he added. Meanwhile, Marcus Frejo, one of the members of the Pawnee and Seminole tribes, said he and Phillips decided to intervene when they allege the students chanted “Make America great” and performed a mocking version of haka, a Maori ceremonial dance.

We know this incident also has tainted the entire witness of the March for Life and express our most sincere apologies to all those who attended the March and all those who support the pro-life movement. ~Diocese of Covington, KY

The incident received widespread criticism on social media, prompting the Diocese of Covington and the school to issue an apology.

“We condemn the actions of the Covington Catholic High School students towards Nathan Phillips specifically, and Native Americans in general, Jan. 18, after the March for Life, in Washington, D.C. We extend our deepest apologies to Mr. Phillips. This behavior is opposed to the Church’s teachings on the dignity and respect of the human person. The matter is being investigated and we will take appropriate action, up to and including expulsion. We know this incident also has tainted the entire witness of the March for Life and express our most sincere apologies to all those who attended the March and all those who support the pro-life movement.”

Some politicians also stepped in. New Mexico Democrat Deb Haaland criticized the students, saying that the students’ behavior towards a veteran who risked his life to protect the country “is a signal of how common decency has decayed under this administration. Heartbreaking.” Haaland is one of the first Native American women to have a seat in Congress.

In his statement, Sandmann voiced a plea not to condemn the students based only upon the Twitter segment. He said, “I would caution everyone passing judgement based on a few seconds of video to watch the longer video clips that are on the internet, as they show a much different story than is being portrayed.”

What Does God Look Like? Here’s What U.S. Christians Answered

Americans Not Yet Ready to Go Back to Church