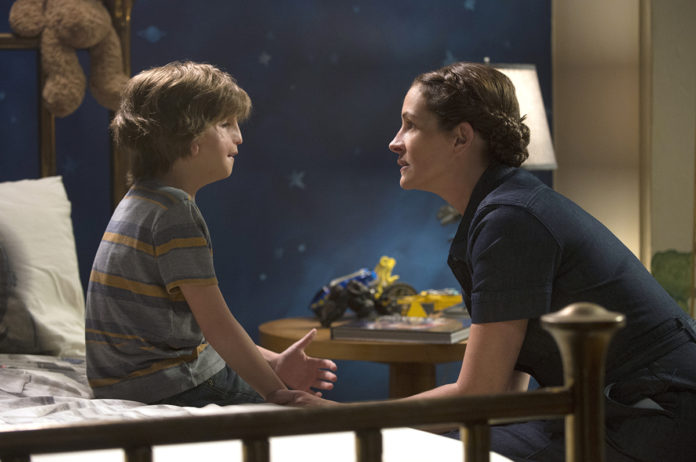 Teaching children not to bully is a part of good parenting, but sometimes, it helps to have a good book or movie to make the case.

Based on a novel that is read by schoolchildren across America, Wonder does a masterful job in walking a fine line between showing too much bullying and not enough.

This month on Amazon Prime and Hulu, one of the best films on the subject of bullying — 2017’s Wonder (PG) — begins streaming. It tells the story of a boy named Auggie Pullman who was born with facial differences and must learn how to navigate life while transitioning from homeschooling to public school.

Some of the kids treat him with kindness, but others don’t. By the end of the movie, though, even the mean kids have had a change of heart.

Based on a novel that is read by schoolchildren across America, Wonder does a masterful job in walking a fine line between showing too much bullying (which would make it too painful to watch) and not enough (which would lessen its emotional impact).

It helps children understand what it’s like to be bullied. Faith is never mentioned, but Jesus’ command in Luke 6:31 — “Do to others as you would like them to do to you” — is reflected throughout the story. That’s one reason I took my 10-year-old son to watch it in the theater.

It stars Julia Roberts as Auggie’s mom and Owen Wilson as his father.

The movie is mostly family-friendly, although there are a few caveats. It contains one misuse of “Jesus” (said by a bully) and three or so OMGs. It also shows two fights that could give the impression that violence is OK. But that can be corrected with a post-movie discussion.

Other new releases on Amazon Prime, Netflix and Hulu:

Christmas With The Kranks (Amazon Prime) — A family that often wins holiday-themed yard-decorating contests decides to skip Christmas. Their neighbors — who love decorations — aren’t pleased. Tim Allen stars in this comedy that is hated by some, loved by others. Rated PG for brief language and some suggestive content. Began streaming November 1st.

Transcendence (Netflix) — A brilliant researcher in artificial intelligence is shot and nearly killed but is saved (sort of) thanks to his creation. Rated PG-13 for sci-fi action and violence, some bloody images, brief strong language and sensuality. November 1st

Angela’s Christmas (Netflix) — A young girl is inspired with an extraordinary idea while attending church. An animated Netflix original. Appropriate for all ages. November 1st

Wild Kratts: Creatures of the Deep Sea (Amazon Prime) — Brothers and animal explorers Chris and Martin Kratt teach children about deep-sea ocean life. This animated series is a favorite in my household. Appropriate for all ages. November 27th

World Joyce Dimaculangan - May 13, 2021
Churches in Ireland reopened its doors to the public on May 10th as part of the government's plan of easing Covid-19 restrictions.

National Joyce Dimaculangan - May 7, 2021
Facebook is currently testing a new feature that will allow users to ask for and respond to prayer requests.

“Unplanned” in Theaters March 29: Q&A with the Producers